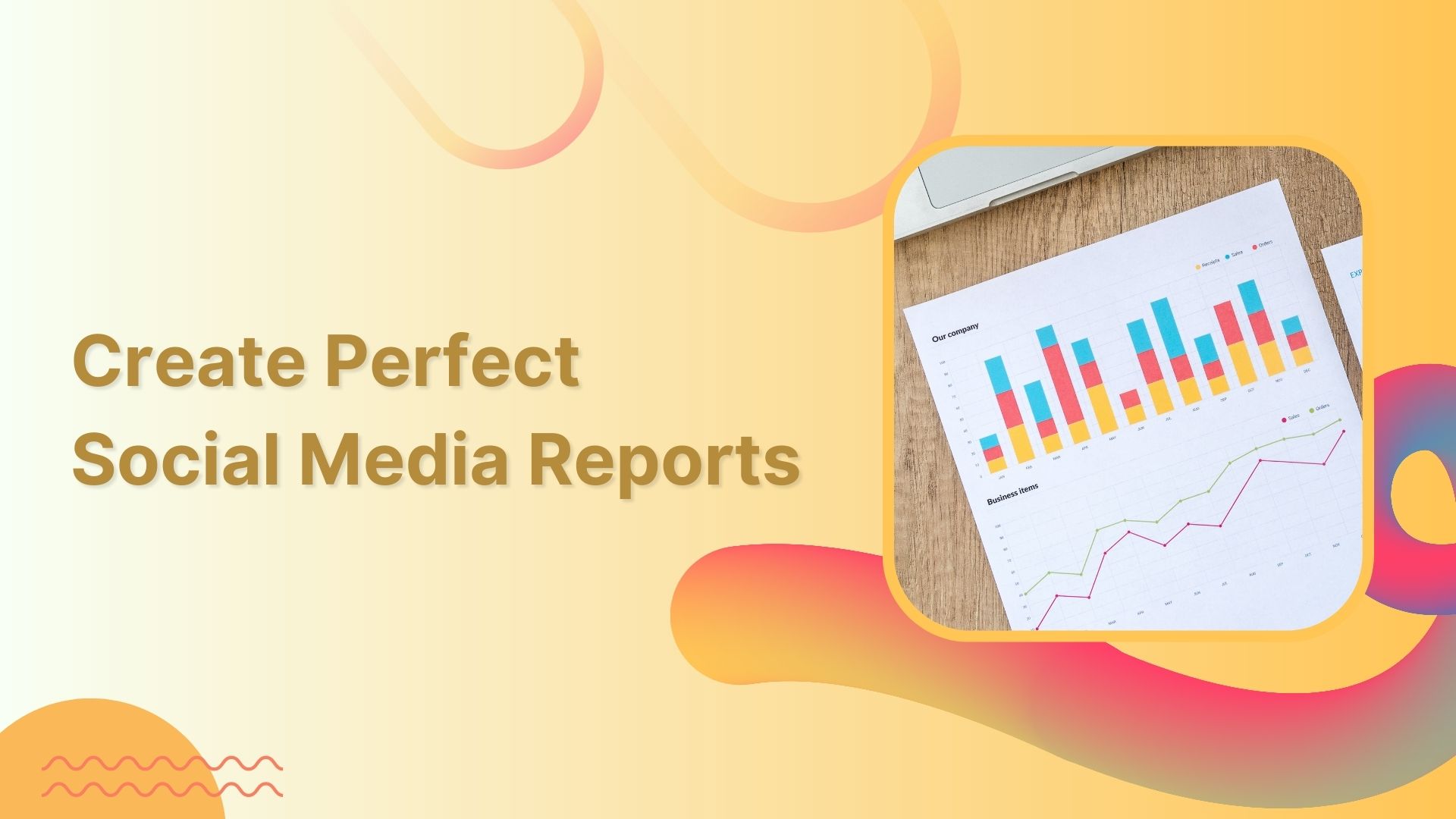 Social media has gone mainstream in the last few years. Not only did it create more opportunities, but it also challenged the old-school marketing workflows. Whether this is social media reports or content calendars, something new pops up that becomes a norm within no time.

Perhaps, there were no social media managers 10 to 15 years ago, but now a social media expert could have a managerial role in an organization. It won’t be wrong to say that social media is an ever-changing phenomenon, and the only way to keep up is to adapt accordingly.

In this article, I’ll shed some light on the importance of social media reporting and how you can create for your business. But before going all in, let me quickly explain what it really is.

What is a social media report?

These insights are presented through graphs, pie charts, and tables – everything that helps send the message across. The purpose of social media reporting is to analyze the tactical approach regarding social media and figure out what could be improved going forward.

It won’t be unfair to say that social media reports help clients determine what’s working for them on social media or what hasn’t clicked that much.

What should be included in a social media report?

The trickiest part would be figuring out what to include in the report. If you’re going through the same trouble, then don’t worry about it. We’ve got this covered for you. Here are the social media metrics to include in your social media report:

Gain or loss in the total number of followers

Since a social media report is made for a certain period, it becomes helpful to determine how the social media team performed during the specific duration. The number of followers is a powerful social media metric that brands and organizations closely monitor, especially when they set a budget for their social media management.

Therefore, it becomes an essential part of the social media report that has to be presented to the higher management or the client. Social media agencies often put the total number of new followers gained during their campaign at the top of the report to make an impact.

Total posts published on each platform

Social media agencies always share how many social media posts they published every week or month. So without a doubt, the total number of posts should be included in a social media report.

The more you know about your social media followers, the better. Social media managers and experts are always keen to get to know their audience better.

Followers’ demographics are usually reported in a social media performance report, especially when a new follower influx is recorded as a result of the campaign.

A key social media metric is the ratio of paid versus organic social media engagement. It’s always better to get engagement organically on evergreen content. It gives a sense of understanding that social media content is worth it.

However, clients won’t mind getting social media engagement through paid advertising as long as the traffic is converting into paying customers. The point is that every bit of social media management from the hired agency or social media expert goes into the social media report.

It may not be added to every social media report template you would come across, but it’s vital to tell the client which is their top-performing social media platform.

The reason is that the client could always double down on that social media platform or get back to you for similar results in the future. So these were a few important social media metrics that should be included in a social media report.

How to create a social media report: A step-by-step guide

Furthermore, it doesn’t mean every client wants the same thing. So don’t be surprised if two clients want different results, for instance, client A might want to grow Instagram followers and client B wants to sell the products on Instagram.

Make sure that you know what a client wants from you, for instance, if a client wants to grow its Instagram followers, then keep the following points in mind:

These things will only make the job easier for you.

A competitive edge is what makes you stand out from the crowd. When something works on social media, the rule of thumb is to double down on that part to squeeze it further.
It could be anything, for example:

As far as social media reporting goes, don’t sleep on highlighting the areas where your content plan has worked tremendously well. Most digital marketers and social media agencies put this part on the top to spice things up.

Don’t shy away from embracing the failures. Wins and failures go hand in hand in social media marketing unless you come across a perfect social media content recipe.

The reason why you should mention the weak areas in your social media report is that the client deserves to know where they should be focusing more or what requires some serious thought.

Enlighten your client with all the necessary information in the report. Share what has worked and what hasn’t clicked much, so that the client knows how to proceed in the future. Not only would it help your client, but it’d also put you in the client’s good books.
So these were six essential steps for creating a social media report for a client.

Adding as many insights as possible makes the social media report more authentic. The reason being it portrays the work and effort you have put into it. When a team runs a social media marketing campaign, it comes across a whole heap of data through social media analytics.

Do some due diligence on the collected data

It would be unfair to include every part of the social media analytics in the report. Therefore, it’s essential to do some due diligence to figure out what needs to be included in the report. Relevancy is always a major key in digital marketing even when you’re reporting to your client.

Plus, one of the perks of studying social data analysis would be the clarity of the client’s brand persona. Going through the social media analytics would help you understand what followers are liking and what didn’t work on a specific social platform.

One of the essentials of creating social media reports is to design them well. Ask your graphic designer or hire a freelance designer if graphics designing isn’t your cup of tea.

Come up with well-crafted, beautifully designed social media reports. It shouldn’t the hardest thing to do because you could create a few templates once and use them forever.

Present in more than one format (if possible)

Report presentation is as important as the data inside it because if something looks pretty, it gets easier for the consumer to dig deeper into it. Crafting social media reports in multiple formats, such as PDF, xls, and JPG could make it easier for the client to access them.

It’s not vital to present your social media performance report in various formats, but it goes a long way.

Use an online graphics designing tool

The best thing about such online graphics designing tools is that they have ready-made social media report templates to use. Not only would it make the job easier, but it would also help agencies create appealing social media reports.

The most important part of the social media reporting process is the campaign data. It’s because the data showcases the campaign performance. You have to be spot on with presenting the data because if you mess this up, then the report creation process won’t be worth it.

A rookie mistake when showcasing the campaign performance could be emphasizing the text instead of diagrams such as pie, bars, columns, lines, doughnuts, and other charts.

Social media is a multi-dimensional industry with so many opportunities and possibilities. Where it opens new doors for SAAS investors and entrepreneurs, it also creates opportunities for marketers to try out new marketing tactics.

Stack your key social metrics against those of your competitors and make targeted steps towards social media success.

Hassaan Khan is a freelance writer for SAAS companies, e-commerce stores, and niche websites. He has contributed to SEMrush, ThriveGlobal, BloggingCage, AllBloggingTips, and several other publications. He builds niche websites, publishes e-books, and helps website investors with his done-for-you niche site-building service. 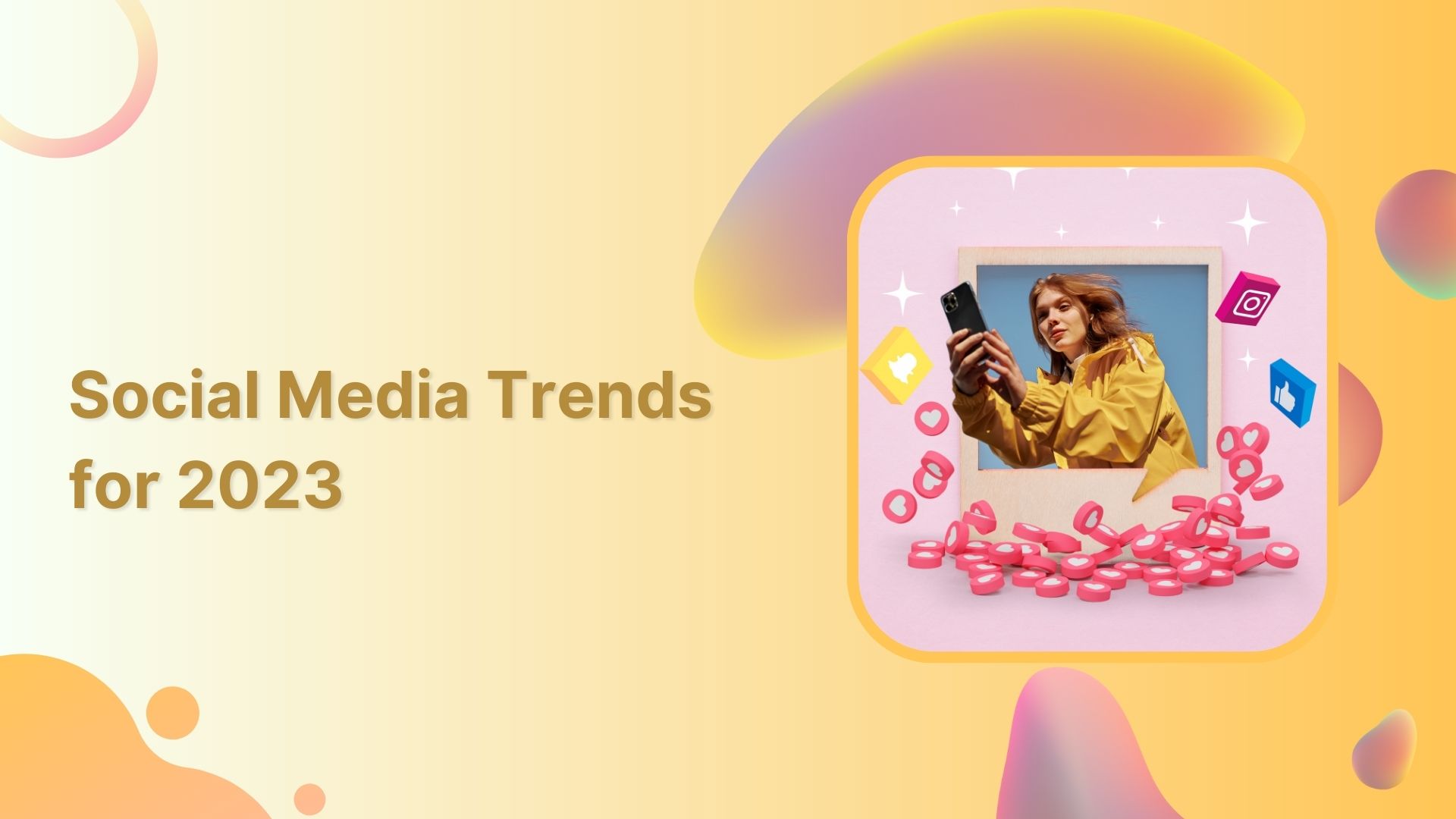 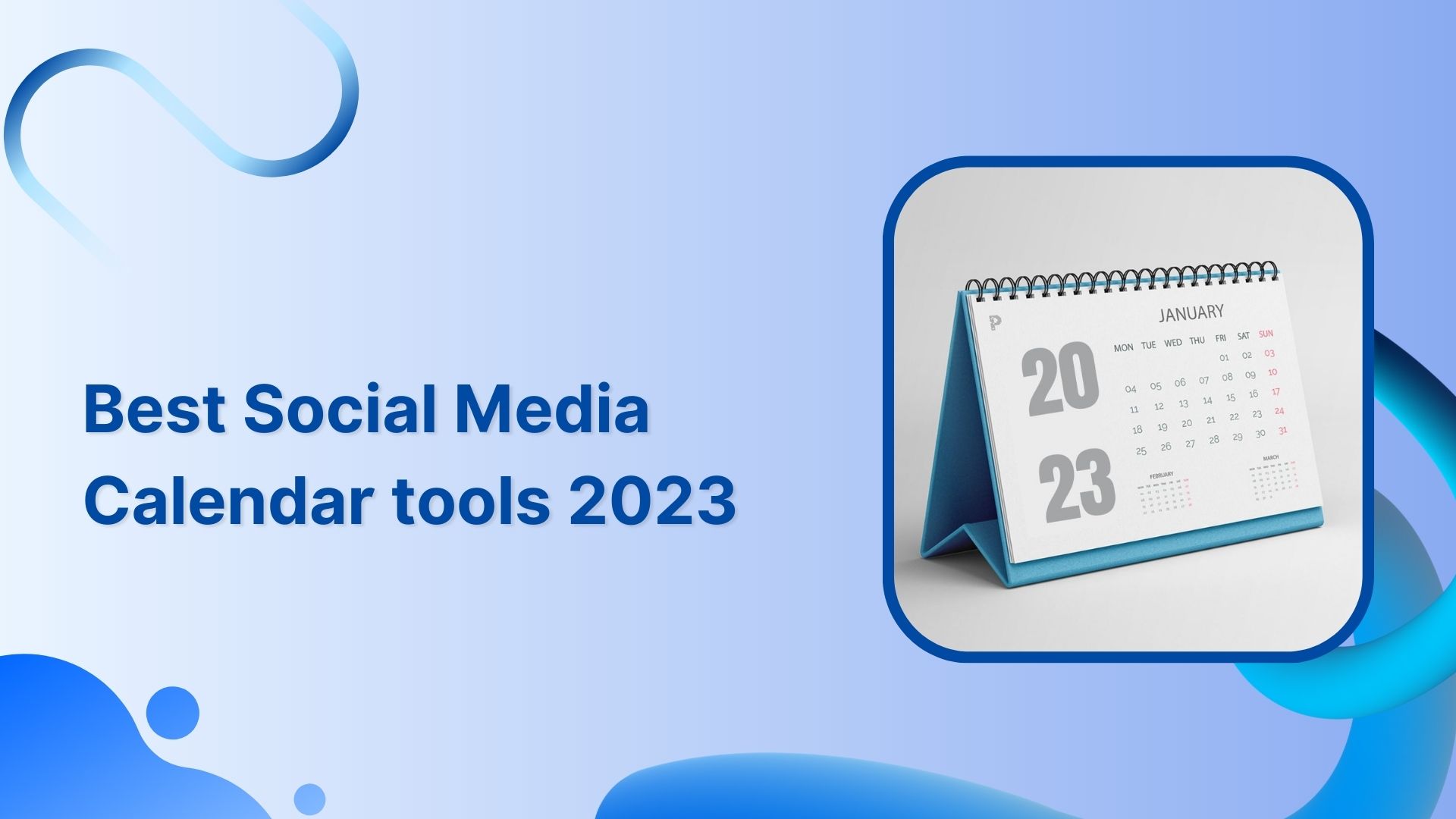 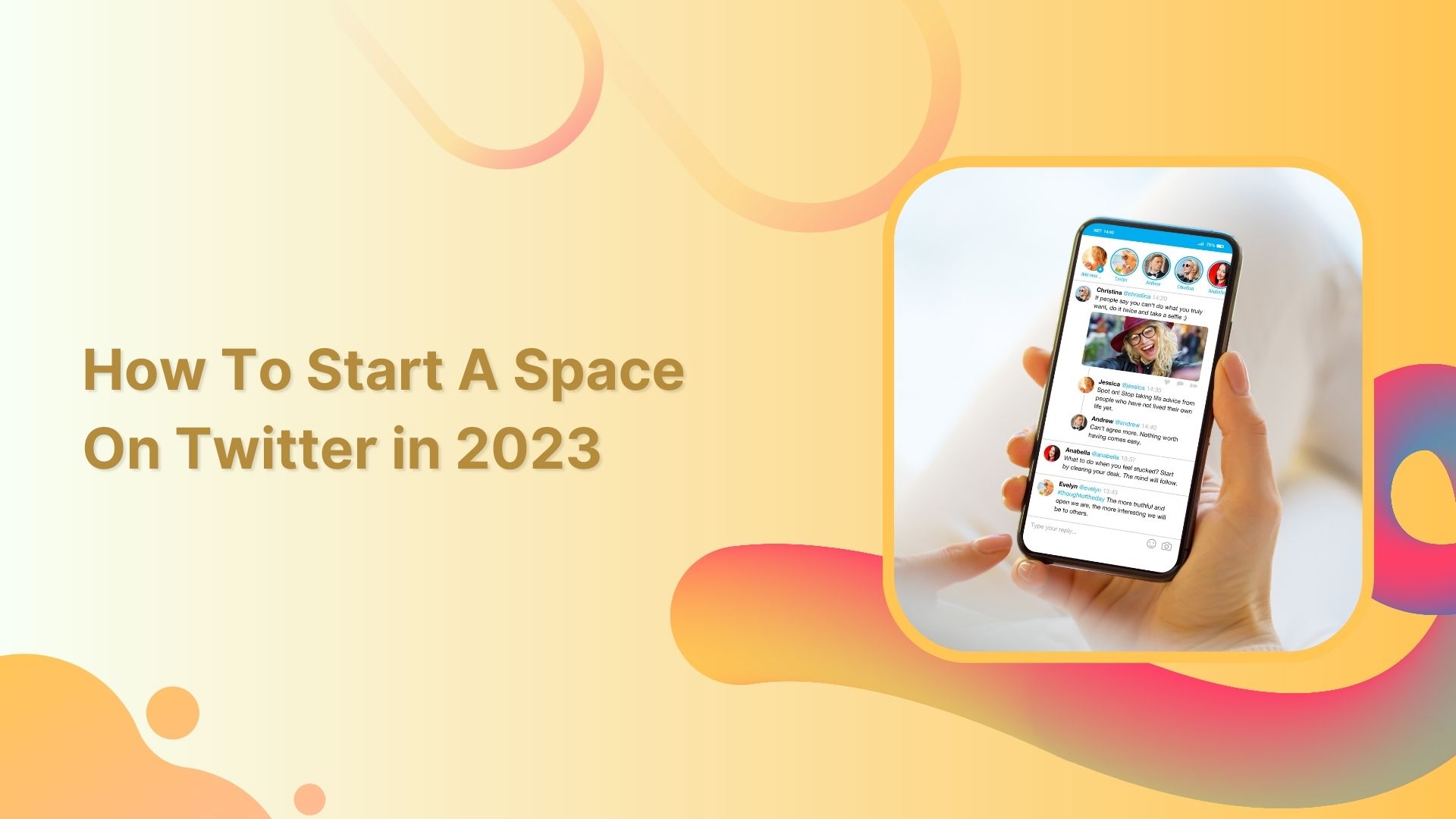 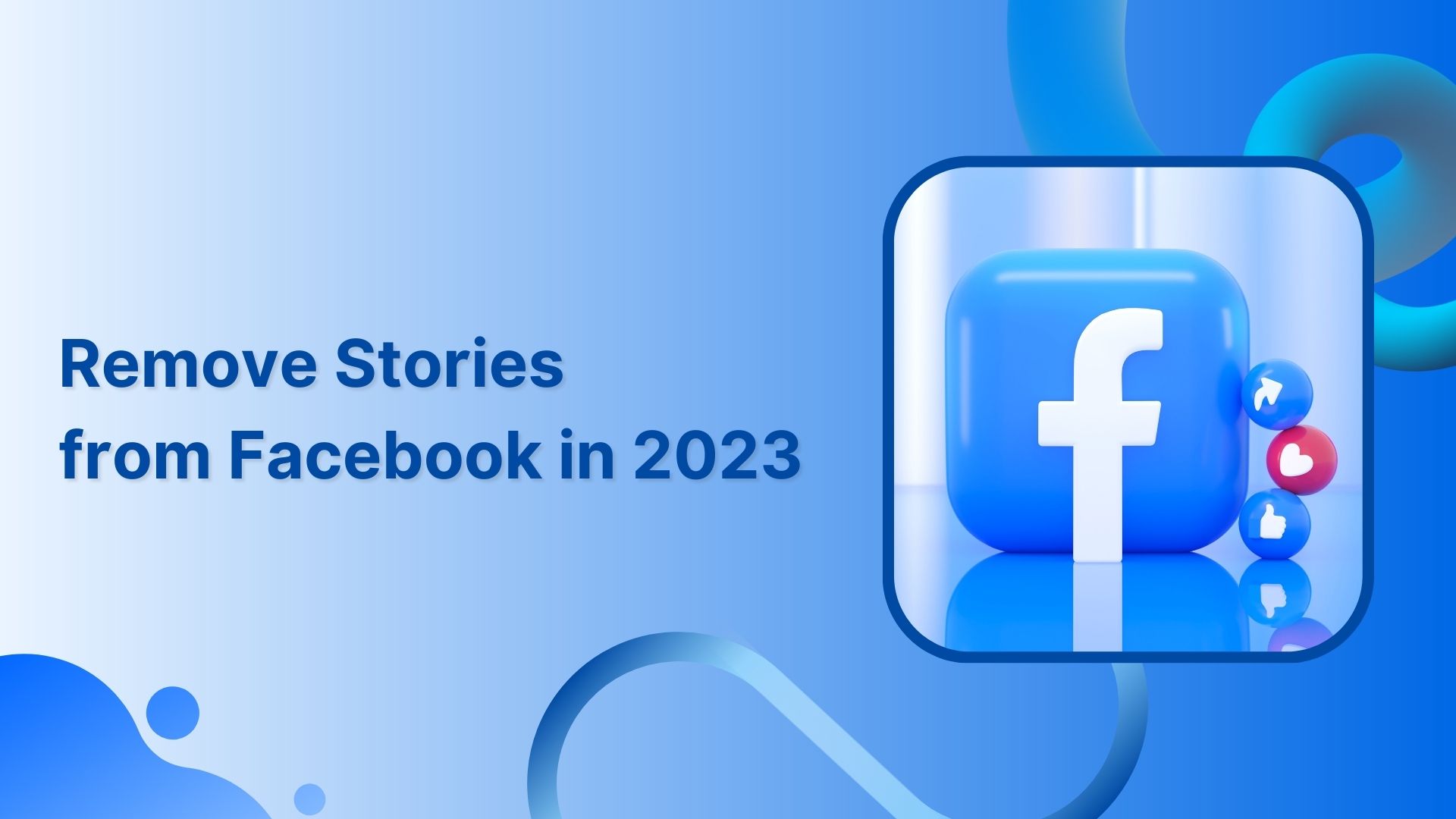