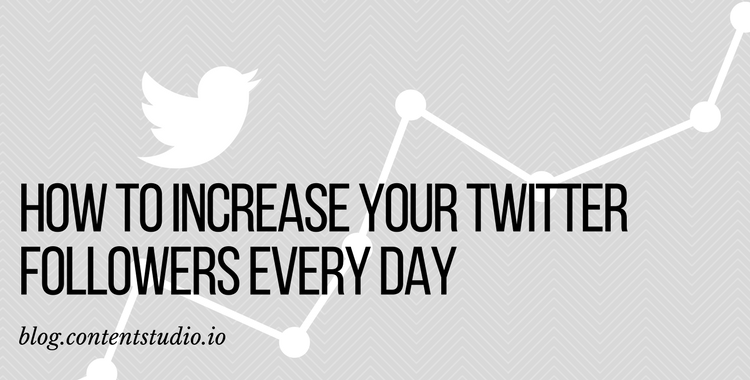 Twitter is one of the top social media websites with over 330 million active users. If you ever wondered how to increase the Twitter followers or how Twitter influencers increase their Twitter following, then you need to understand that it doesn’t happen on a whim – it works like any other process on the internet. However, the influence of the individual does play a role in gaining popularity on Twitter, which directly means increasing the number of followers.

The reason for elaborating this is that the numbers don’t matter, but one should instead focus on the quality of engagement, which could only be possible if genuine people are following you and they want to get connected with you. Choosing your interests makes a lot of difference if you want to grow your Twitter followers. It means you’re picking a genre on the Twitter. The reason why I’m saying to pick a genre on Twitter is that you might not want half of your followers the avid fans of dogs and the rest of them as car enthusiasts. When you set up your Twitter profile, the platform asks to follow some top accounts from the automated recommendations, which sets the tone for the further recommendations, but your Twitter followers come from the activity you perform on the platform.

At this point, you must understand that if you want to increase your Twitter followers, you better look out for the ways that bring real, active, and relevant followers. To make that happen, you must stick to your interests or genre, follow others, and engage with others.

For example, if you’re a graphics designer and work as a freelance graphic designer, you must be following the blogs that write about design & art such as Creativebloq and DesignModo, tools like PiktoChart, Easel.ly, and Venngage, and people who are interested in graphics designing as well.

It will take you to the community of hundreds of thousands of people who are interested in graphics designing. You can’t choose to focus on graphic designing and Labrador retriever dogs from the same account – it will mix up everything, and you’ll end up frustrated at some point. You’ll learn more why you need to choose your interests and stick with them in the next points.

2. Hop on the Bandwagon

The second most important thing you need to do is getting started with Twitter. Make sure you have a proper display and cover pictures on your Twitter profile. Once you’re all set, just go to the Twitter search and see what people are talking about in your niche.

For instance, if you’re in digital marketing, type in digital marketing or #digitalmarketing to find out what’s happening around that hashtags. Once you start using Twitter on a regular basis, you’ll notice that Twitter hashtags play a humongous role in Twitter growth and engagement. Not only should you look out for the relevant hashtags of your industry to follow the trends, but you should also use those hashtags to be a part of the community. The more you dig in, the better idea you will have about your industry – the search feature will connect you with the influencers, experts, and starters like yourself along the way.

In the next step, you’ll learn how to start interacting with others that will help you increase your Twitter followers.

Twitter engagement means how you reach, interact, and respond to people, opinions, and content on Twitter. Usually, Twitter has to offer four tools for engagement which are retweeting, liking, messaging, and replying. You could reply to someone else’s tweet or retweet to your followers or simply like it. However, you could only send a message to the person who follows you.

What this engagement does is that it notifies the other person that someone reacted to their tweet, and here the interaction could begin.

Since you’re a starter, you must thank people who like or retweet your tweets. Not only will it build a connection between you two, but it will also send an engagement signal to the Twitter platform, which is a good sign. Let’s say, the more you engage on Twitter, the more significant your impact becomes. At the end of the point #1, I told you that you’d learn more about sticking to your interests – well, here is why you need to know and stick to your interests on Twitter. One of the biggest reasons for that is, you need something to tweet or share with the people. So the only possibility here is sharing what you know – meaning, you can’t talk about cars if you don’t know anything about them.

Twitter is a noisy, much-crowded space – so you need a plan to put your voice out there. If you keep listening to others and won’t speak up, you won’t grow on the platform, meaning, your Twitter followers won’t increase. So you need to up your game a little. Tweetdeck is a Twitter management tool that provides you a dashboard to manage multiple Twitter operations at once. It’s a free tool from Twitter. You can keep an eye on your interactions, certain hashtags, and people you’re following. It does make a lot of difference because if you stick to traditional Twitter web or app interface, you won’t get enough insights because you won’t be looking at the Twitter feed for hours and hours continuously. The reason tools like Tweetdeck work perfectly is that they increase your productivity on the platform.

The job is to get on board, tweet, respond to others’ tweets, and share value with the audience. Now, don’t consider tweet as just the text-based tweet. In fact, more than half of the tweets you might come across would be the tweets with the links in the end – this means people might be sharing their useful content such as websites, online tools, resources, and blog posts. So feel free to share whatever brings value to the audience. Moreover, don’t hesitate to share others’ content that could help your followers. It has become a major growth hacking technique on Twitter.

If you want to 2x your followers within a few months, or want to grow really fast on Twitter, then you need to pay attention to this last point. Besides, sharing valuable content, reacting to others’ tweets positivity, and retweeting others’ tweets, there are certain things that you must know.

ContentStudio is a social media management tool which provides various services such as content scheduling, planning, and discovering. What this means is that it could take your social media game to the next level. The tool “Discover” does a fantastic job: you could type in a phrase or keyword to look up the results on the web and social media, and it shows you the popular content against your search.

It does have a content planner as well which gives you an overview of your content sharing schedule. However, ContentStudio is working on various top-notch features that will help users take their social media and content marketing campaigns to the next level.

So tools will always help you in your social media growth. When you have a lot of insights about hot trendy topics, and you would have access to the tools that will schedule your tweets for the future, you’ll have the liberty to consume more content, research on other things, and spend more time on connecting with others.

I’m obsessed with Twitter, and I have learned so far that nothing works better than building a genuine connection with other human beings – so you need to provide value to them even without asking for anything in return.

These steps will put you on the conveyor belt of getting exposed to the audience on Twitter – the next part is yours.

I’ve discussed all these things in the five points you read in the blog post.

The purpose of this blog post was to expose you to the process of DOING, which is the only way forward if you want to increase your Twitter followers. It means if you start using Twitter, you’ll have to do various things as discussed in the blog post.

You might stumble upon tools or people that will promise you to provide followers within a few hours –don’t bother falling for those shortcuts because you might not want to build your Twitter identity on a fake pedestal.

What else would you advise to someone who is looking forward to increasing Twitter followers?

Hassaan is a blogger and freelance writer. He has published articles on SEMrush, ThriveGlobal, BlogPress, FreelancerMap, and many other popular publications. He writes about freelancing techniques, tips, and career growth. Subscribe to his blog. 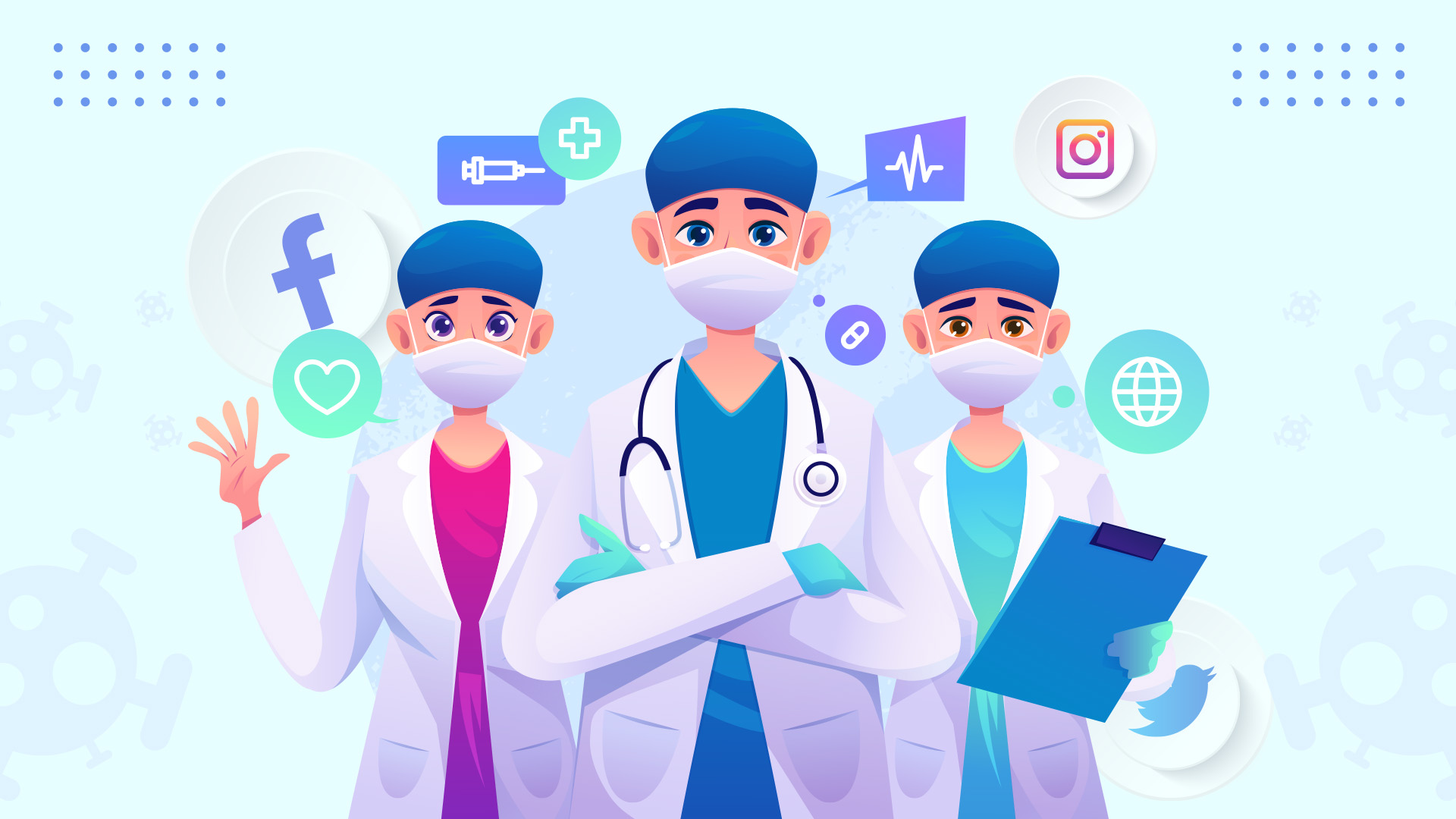 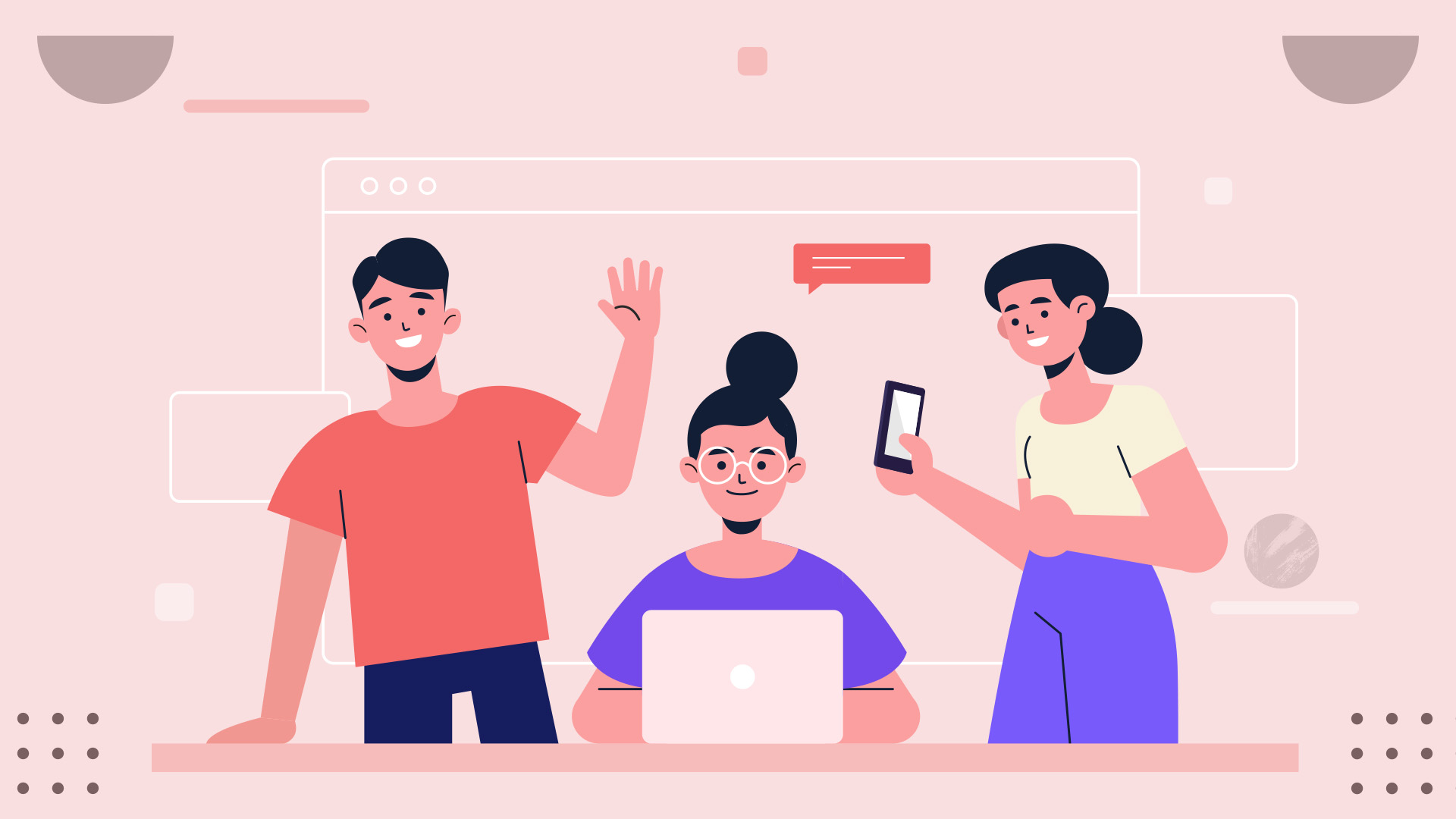 How to Build an Accomplished Social Media Team for Your Agency 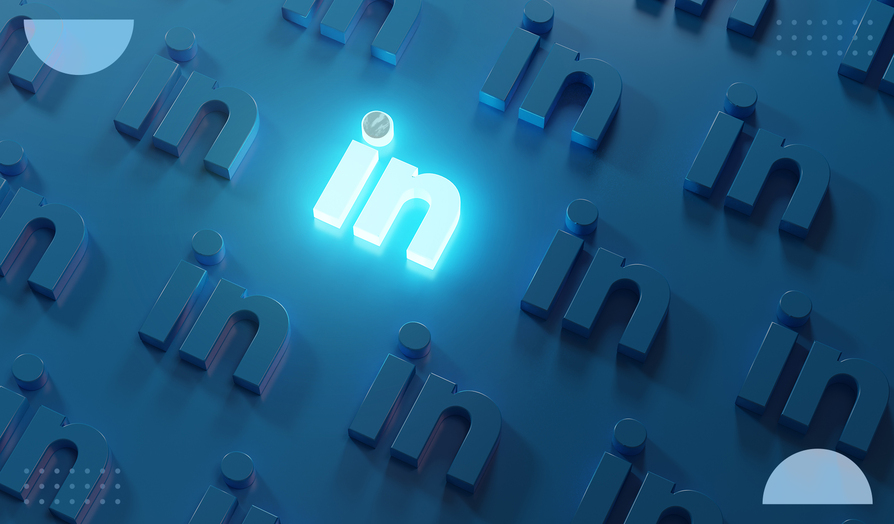 The 2022 LinkedIn Algorithm Explained: How to Beat It 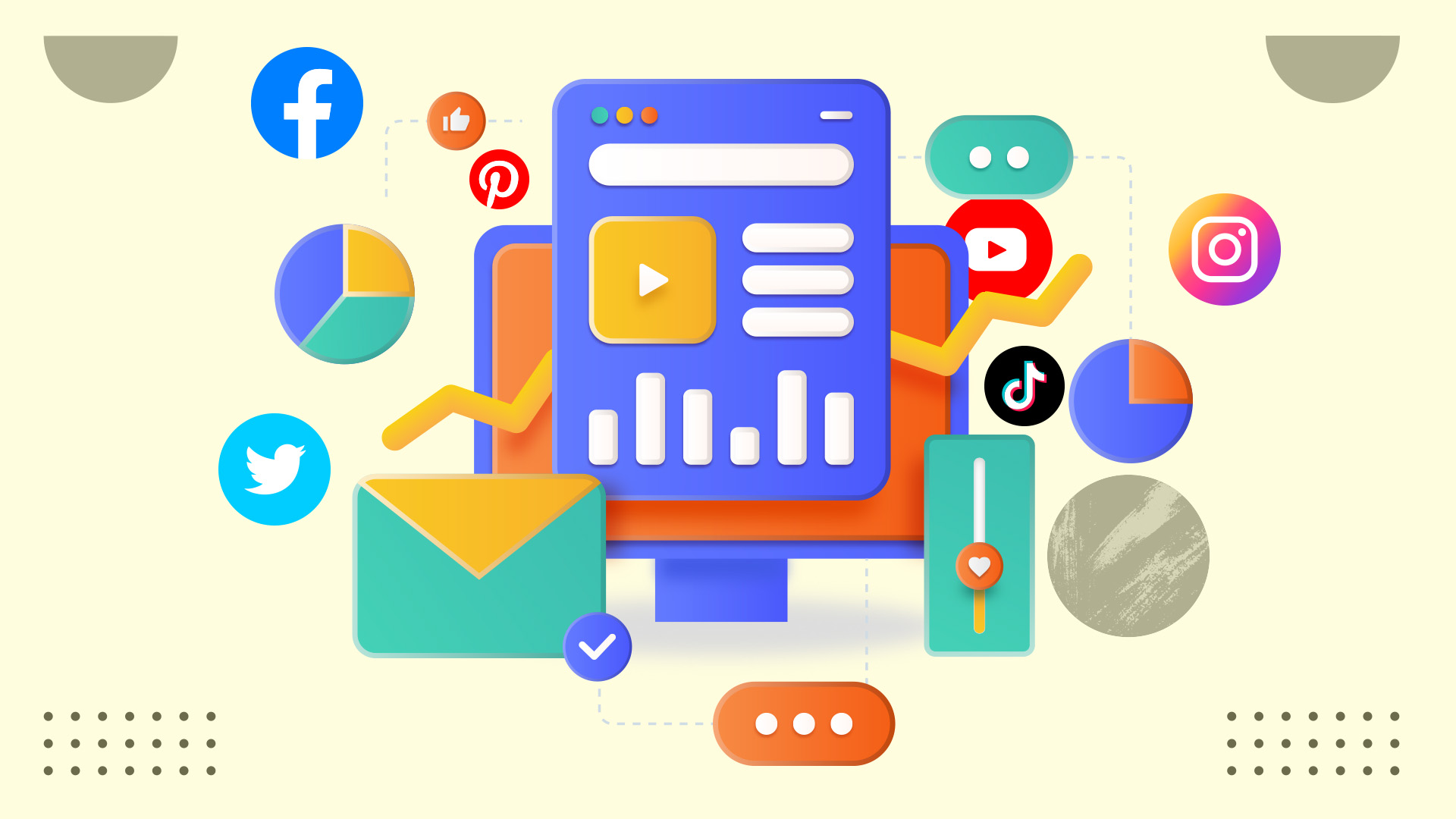